We have quite a big update to Moralis.
This update will improve the performance and reliability of Moralis infrastructure.
It also has a few new features.

Go to https://beta.moralis.io
Login with your normal moralis account
Create new beta server with branch that has public core services in the name 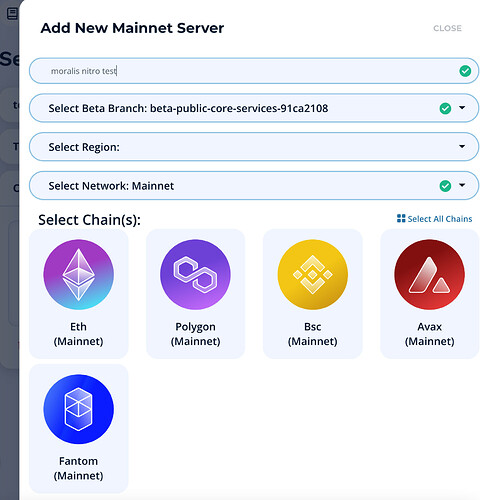 Wait for the server to start…

Read the To Test sections in this post and follow them.
Report your feedback as comments in this thread.

Most of the changes are behind the scenes improvements that have to do with how smart contract events and user transactions are synced.

You could for example fetch user nft balances and token balances each time they login or do a Job that does it regularly and puts the data into the User row in the database.

Better default settings (not yet implemented…)

Before Moralis Nitro we synced all user transactions into the database when a user signs in.

This created some issues with many new users logged in at the same time and user historic sync was enabled. If 1000 users sign up with 100 tx each - server needs to handle 100k transactions all at once. While we always had a setting in the dashboard to turn this off we’ve noticed that some dapps missed to set that setting resulting in downtime when many users signed up all at once and in most cases the developer didn’t even need full user history.

Now with Moralis Nitro only 50 user tx for each category (native, token, nft) and chain are synced.

And this can be adjusted in the admin settings for the particular server.

To test: Sign in a user - only 50tx for each category for each chain should be synced. Try to adjust this in server settings to some other number.

beforeConsume function is now deprecated and removed.
Instead when you setup a smart contract event sync you can specify logical conditions that will give you only events that comply with the conditions.

Below are some more filter examples. You can set conditions for any variable in the event.

If an event has wei denominated values you can use <name>_decimals fields to run comparisons (like gt/lt):

To test: try to sync a smart contract event with filters

Wei numbers are stored as numbers (not only strings)

When syncing transactions and smart contract events - all onchain numbers are represented as wei 256 numbers which don’t fit in traditional databases which meant that before Moralis Nitro update all such number were stored as strings in Moralis DB. This made it impossible to sort, sum, aggregate or run other queries such as LT or GT.

With Moralis Nitro - all events and transactions have a decimal column for each wei number where the actual decimal number is stored representing the wei value.

So for example if 10 ETH was transfered in a transaction Moralis would previously only show the wei value as a string. While now we also include “10” as a sortable and queryable number.

To test: either sync smart contract events that have wei values or user transactions and see that decimals are represented correctly.

Note: the decimal value can only hold 128 bits - meaning that everything above 34 characters long will lose precision. For exact 256 bit precision - use the string values.

The beta servers may get removed at any time during the beta.

Don’t get surprised if your server disappears.

We need to remove them in case we have a breaking change or see some fatal errors.

currently testing the nitro update - thats the things I got so far:

Creating new servers which have Mumbai & Ropsten fails (NY site). Server stuck in creating , cannot delete. Only hard reset works but does not resolve the issue. 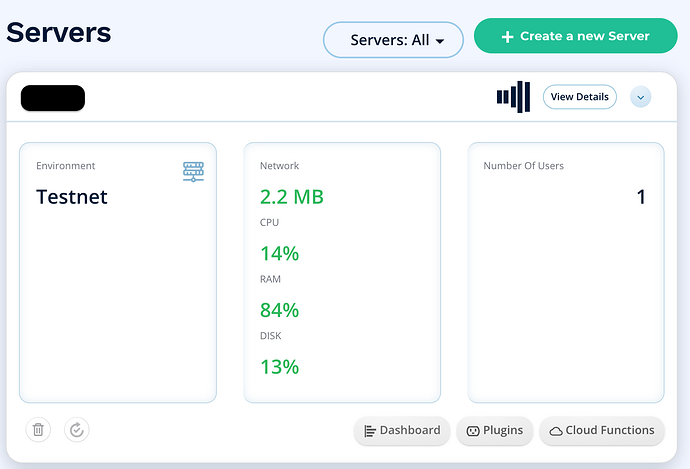 we have temporarily disabled creation of Moralis Nitro servers

need to patch a bug

should be back tomorrow

GREAT!!! Thought I was going crazy for a second - followed the instruction to the letter but 80 attempts latter - back at square one! Appreciate the update - a simply cut and paste of the ABI one Etherscan would help,