My workstation/Laptop: Ubuntu Linux ver. 21.10.
I just set up a server (testnet), installed visual studio code and headed to the terminal of it to install Moralis through npm, but got the folowing “surprise” during installation of moralis:

Here is the encountered issue, it seems that there’s no fix for it?

I googled around to look for circumventing this and tried to find an example of a succesfull npm moralis install, but nowhere to be found. Has someone succesfully installed moralis through npm without encountering this issue?

here are the screenshot: 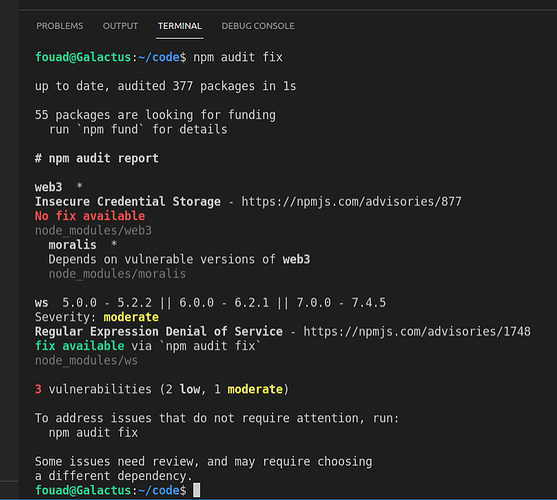 Great to hear and my pleasure.