In the Angry Bird Unity Project, there are a couple of errors that make the project harder to convert into WebGL, If someone knows how to turn this into Unity Webgl then please reply to me as soon as possible.
Thank you!

Hey @shahrooz! Angry Birds project is not thought to be build on WebGL as it’s using an older version of the SDK.

On May 28th we will release a new Moralis Project using the last version of the Unity SDK that will make much easier build to any platform. I hope a lot of doubts and issues will be solved then. Thanks!

Hi ! I’m a newbie in unity. How do I know which wallet I am currently logged in with and what address? 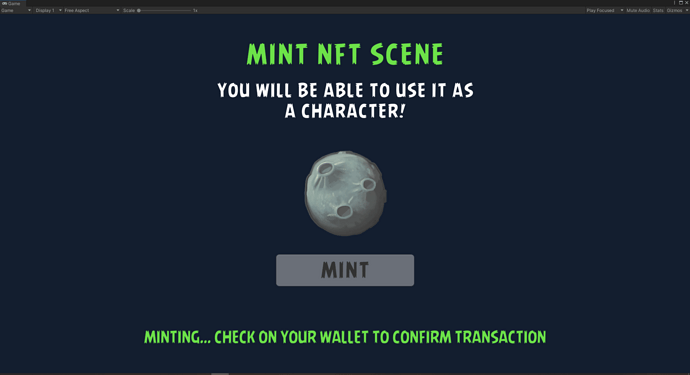 did you authenticate w/ walletconnect or metamask? if you do, the address of the wallet is the one you use for logging in

The first time, I authenticated with walletconnect and I disconnected. And then I couldn’t authen again

If you want to authenticate again you need to clear playerPrefs that will solve your authentication problem.

Go to Edit -> Clear All PlayerPrefs

Thanks you ! This worked for me

But I try getNFTsForContract and metadata and token_uri return null 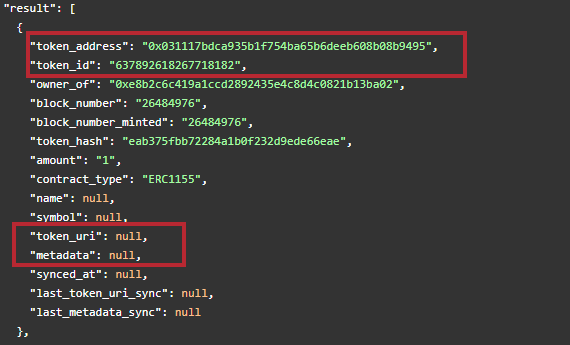 If you believe a token has incorrect token_uri and/or metadata, you can use reSyncMetadata to update it. Everything is fine now with that token_id.

Hi @gamerz and welcome to the Moralis Unity community!

What do you mean by updated? Are you referring to the Moralis SDK version?

In the live project of Web3 Angry birds, there are a couple of errors, I have attached the screenshot about which I am asked for an updated sdk.

I’m looking forward to the webGL version of this too

As I said before this project is not meant to be built on WebGL. It just makes no sense to build the MintNFT scene to WebGL as its function is to load local images.

However, you could build the Game scene to WebGL once you have filled the tokenId and contractAddress in CharacterSelector but it needs the new version of the SDK and using the new AuthenticationKit. As you might understand, upgrading to that would lead to some confusion to the new users wathcing the video.

I’m busy these days completing a big video coming next week using the functionality of minting and retrieving an NFT as an item which will build to WebGL. I encourage you to wait until that video comes out to clear some of your doubts.

However, because the 1.2 version of the SDK has improved cross-platform building so much, I will talk to the team and see if I upgrade all my previous projects to the new version.

Meanwhile, also take a look at this project which is using the same minting-retrieving NFT functionality as Web3 Angry Birds but on the new version of the SDK:

Contribute to MoralisWeb3/youtube-tutorials development by creating an account on GitHub.

I hope you find the differences easily. Also check this post I made about upgrading an existing project to the new version of the SDK where I detail the main differences between versions:

Hi @ardawarcraft! Ok so now I know what’s happening. The thing is that copying an SDK folder from a Unity project to another it’s not usually a good practice. When you do that you expose yourself to lose some dependencies on the way. So the way I would solve this is by doing the following: If you can, start a fresh new project. If not, in your current project, delete all the files that you imported from the Web3 Space FPS project, including the SDK folder, the ClaimNftController and all …

I hope this help you guys in the meantime. You will hear about me soon.