Hello! Hope all is well.

Curious as to why I’m getting EthBalancePending and EthNFTOwnersPending categories in my dashboard rather than the NFTTokenOwners category that appears in the cloud_functions.js codebase for the " I CLONED RARIBLE IN 24H - Cloud functions [PART 8]" video. I realize Morlais has changed since the video, but why does it say Pending? 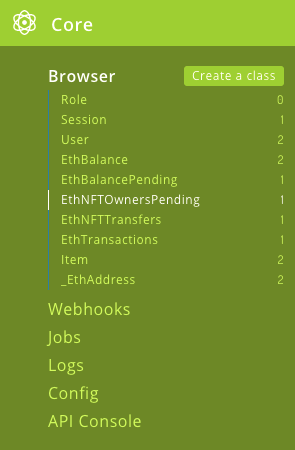 Hi,
My impression was that a transaction will stay in pending until it gets confirmed and after it gets confirmed it will get to the table that doesn’t have pending in its name at the end.
For example I also have BscBalance and BscBalancePending tables.
Maybe it is considered of being confirmed after a number of confirming transactions (not sure of this).

Interesting. Very curious to as to what defines a confirmed transaction.