hey they, these new videos. which require Xcode to run, can we please get more detail information or instructions on how to use them. been following and learning your stuff . but these new once are almost impossible to learn which more guidance. thanks

Hi! Yes, you must have Xcode installed on your machine in order to run the project in the iOS simulator. Once Xcode is installed, you can go to the project root directory and do yarn ios. It will automatically create a build and open a default simulator. If you encountered an error after following these steps, please post it here so that we can assist you with the specific errors you encountered and we will be more than happy to help you out.

IF you are an idiot like me the first thing you need to do below in terminal:

I am an idiot please remember this:
I have node.js installed on the C:
I am trying to install on D:

will install node and all the other shit on D:

another good source for moving over to the D:
Windows is very unchill for this

not sure what is wrong, but yarn iOS doesn’t work for me , I have to run in from within Xcode and that give another error 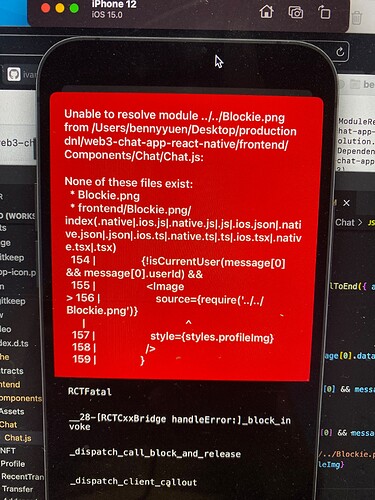 Hi @m33lucky I resolved this issue and updated both the master and boilerplate branches in the repo. Kindly pull from which branch you are working on and give us an update.

@m33lucky Since you won’t be able to install any apps from AppStore or Google play on simulators, I highly advice to run this on a physical device. Follow the instructions bellow:

I also updated the Readme.md file for reference. Hope this helps.

Hi @gen I am going through the mobile tutorial as I am trying to get ready for the hackathon. I installed everything and I have my android emulator running. But when I run yarn android, I get the following output:

But I don’t see the bundler begin it’s processing, it just stays there. When I run the command it says I am using yarn run v1.22.17 and in the video it says yarn run v1.22.5, although there is a difference I don’t think that should break things.
Do you have any suggestions?

EDIT: I see where my issue lies

This command, in scripts\android.ts, assumes we are in a unix-like shell and sends the processes to background (&) Since I am running this in Windows that wasn’t the case. So I was able to get past this issue by running the App from Android Studio from the android/app folder. Then, I manually ran react-native run-android, which got me to the point where I could see the load screen. Shortly afterwards, I encountered the following error: 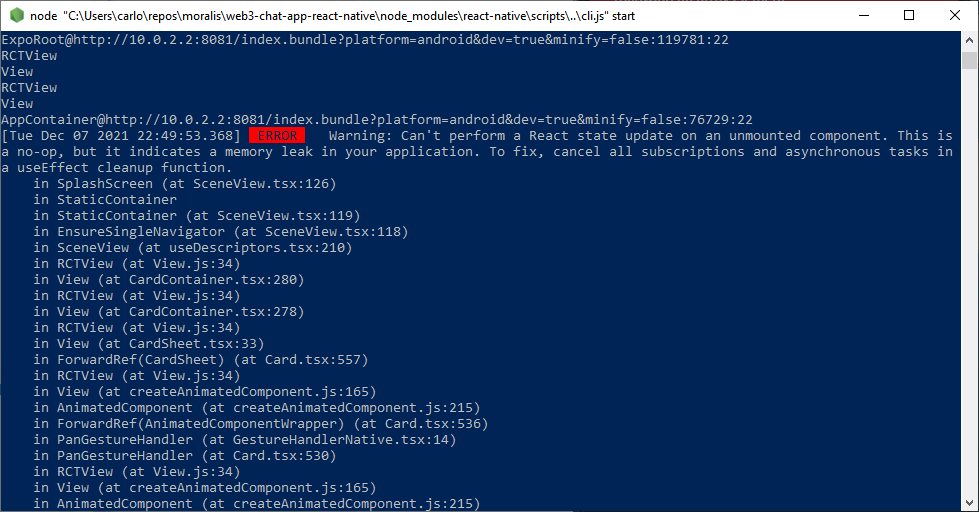 I would suggest following the steps of starting the android emulator through the simulator instead of using “yarn android”.

Let me know if this approach works.

Wallet Connect authentication just sends me to wallet connect site even though I have metamask on my phone is this expected behavior?

yea it’s an issue with walletconnect on android, @gen is working on it

ah ok many thanks! You guys have the best support by a country mile!

thanks for kind words @ifelse

thanks for this I will try again

@ifelse This is something I’m already working on and will be included in the fixes soon.

Hi I would like to ask if the react native chat app works with vs code or it has to be with Android Studio or Xcode?

Hi @otakuser if you are asking if you can modify the react native chat app code using vscode, then yes definitely. But you still need to have either Xcode(for iOS/ mac development) or android studio installed depending on which dev environment you wish to run it on your machine. 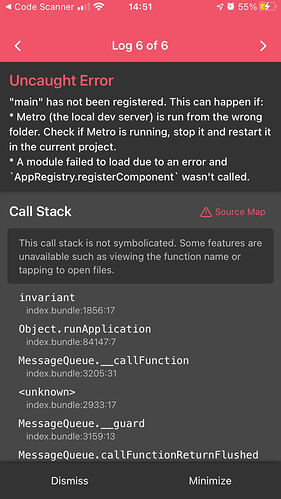 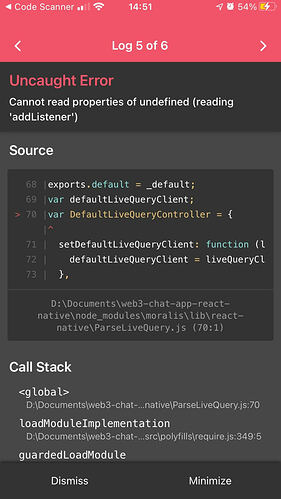 @MOUAD based on the first error it seem that your metro bundler is running on a different project. You can restart the bundler and run it again in. If this wasn’t the case, try stoping the bundler and clean the build folder if you are running it in Xcode. 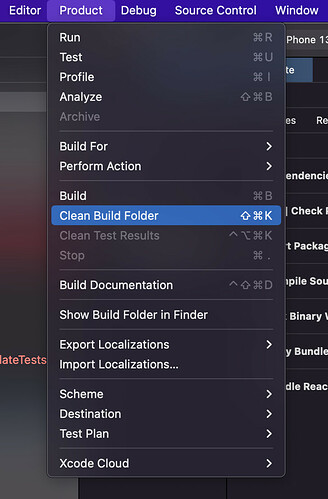