As I’m implementing Role based access to certain operations, I was slow to find out that I need to query roles with new Moralis.Query(Moralis.Role) instead of Moralis.Query(“Role”), similar to User. Oops.

Would possibly help for a few more examples on how to query roles, write secure role based queries to other objects and how to assign the first user to the admin role and how to add users to certain rules from the app side. Things I’m figuring out to do, but another follow up video on the Security topic would be important to focus on for more production ready creations.

Is there such a thing as requireRole in query validation, like requireUser?

Attached is just the current doc, which probably threw me off board for a while. 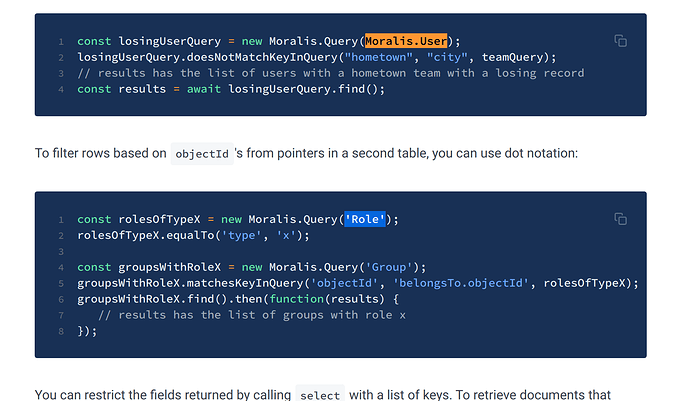 Forgot to add, other than that it’s still an amazing piece of machinery you’re building. Not many issues since the start, service is stable and support extremely responsive. Hats off. I will be very willing to pay once you’re ready.

Making sense of CLP and ACL when using cloud functions